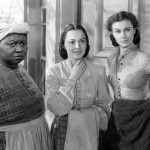 On June 30, 1936 Margaret Mitchell’s, “little book” called Gone with the Wind, was published and set in motion a juggernaut that would sell more than 30 million copies (to date) and procured for her a Pulitzer Prize. She would later sell the rights to Hollywood Producer David O. Selznick who went on to create the film version of Gone with the Wind which … END_OF_DOCUMENT_TOKEN_TO_BE_REPLACED

Since the start of the Saving Tara Project there have been some who decried what I was doing, they … END_OF_DOCUMENT_TOKEN_TO_BE_REPLACED