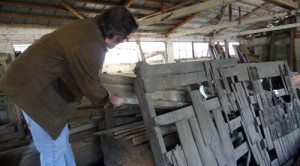 Peter Bonner has taken up the mantle of Saving Tara, the iconic facade from Gone With The Wind and the source of Scarlett’s strength.

In 1959, when Desi Arnaz looked out across the back lot of the former Selznick Studios, now the property of Desilu Productions, he considered leaving the big house on the hill as it had stood since 1939. Visitors taking the back lot tours always lingered there, wanting to get a better look, taking one more photo, and spending a few more minutes contemplating the two story façade that had been the imaginary home of the O’Hara’s, and their daughter Scarlett. On that hill, in the midst of Desilu’s back lot stood Tara, the most iconic movie set of all time. 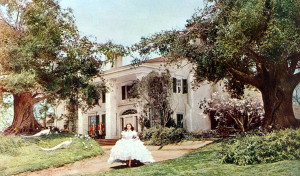 But Tara did not remain on the back lot; in 1960 it was dismantled and shipped to Georgia to reside in a barn only a few miles from the ancestral plantation home of the one whose story created the need for this Greek Revival style façade. Oh, there was no want for ideas as to how to display the Tara façade and bring it to the people of all nationalities who sought its resting place and clamored for a glimpse of its columns; but each grand idea fell under the weight of time, logistics and cost overruns, until one day her suitors no longer stood at her door seeking to put her again on a hill for all to see. 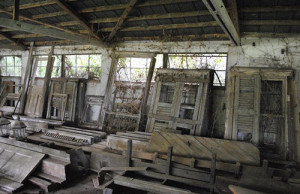 Today the pieces of the Tara façade, (still the most recognized, most iconic of all movie sets) rests near the home of its benefactor, the lady whose vision rescued it from a barn in north Georgia after its removal from the back lot in 1960. And now Peter Bonner has taken up the mantle to try and put the pieces of the facade on display so the world might view a survivor of old Hollywood, and more importantly, the source of Scarlett’s strength – Tara. Peter’s long friendship with the lady who rescued the façade, and her family who has continued her legacy of watch care over it, makes him the logical choice to share her story and continue her quest begun so long ago. His 20-year research into the true stories that inhabit Margaret Mitchell’s work and his creation of the highly successful Gone With the Wind tour provides the foundation for this historic endeavor.

Since the start of the Saving Tara Project there have been some who decried what I was doing, they … END_OF_DOCUMENT_TOKEN_TO_BE_REPLACED