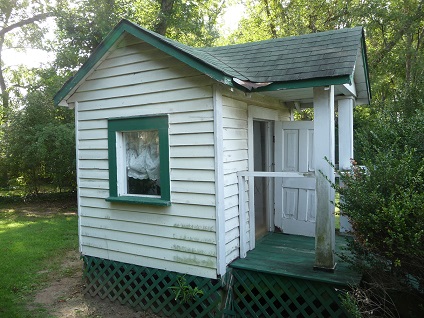 When Margaret Mitchell wrote Gone with the Wind she took the true stories and life experiences of her family and friends and laced them together with the history of her beloved south like the white oak splits in the bottoms of the straight back chairs on the back porch of her great grandfather’s plantation house. It was there that the story of Irish immigrant Gerald O’Hara and his family was created thru the true stories of her great grandfather, Phillip Fitzgerald and his wife Mrs. Ellen. It was there that the interaction of Margaret’s mother, (Mae Belle) with the Fitzgerald patriarch became the interaction between Scarlett and Gerald as they walked the land and discussed the importance of their patch of the Georgia piedmont. And it was there amid the destruction of their world that the Fitzgerald’s (like the fictional O’Hara’s) did all they could to, “keep body and soul together” as they weathered war, famine and reconstruction to “come out the other side” with their plantation, Rural Home still intact.

In 1936 when Margaret’s book came out she had no problem telling anyone who would listen that, “practically all the incidences in Gone with the Wind were true”. She admitted that the stories were based on the lives of her family and “her Tara” was really the ram shackled Fitzgerald House known as Rural Home that still stood just a few miles south of Jonesboro. It (Rural Home) was where she heard the true stories of “gumption” and perseverance. It was where she heard the stories of young ladies who bid their beaus good bye as they went off to, “the great adventure” that took their lives and left their beloveds to pick up the pieces. She heard the stories of those who were left to struggle and stretch every resource and learn to do with nothing. And I’m sure at some point she laughed at the story of the Crawford women who took down their draperies at the beginning of 1865 and made new dresses out of them for they tired of wearing their threadbare and homespun.

And so is it any wonder that prior to Margaret’s death in 1949 that her friend and Atlanta historian Franklin Garrett would suggest that a, “Gone with the Wind Tour be created to show where the stories came from”? But by this time Margaret had tired of the lime light and wished to put the stress of public scrutiny behind her so she suggested in a letter to her, “beloved Franklin” there was little to see as the pieces of the stories were scattered and there was no place to “stop and see where Scarlett lived”. Later their mutual friend and historical consultant for Gone with the Wind, Wilbur Kurtz would tell Mrs. Smith of Jonesboro that in order to find where the stories in Gone with the Wind originated one simply had to, “ride the red earth trail from Jonesboro to Lovejoy, for its all right there”. In 1960 when the Tara façade was brought to Atlanta, Wilbur Kurtz and Franklin Garrett were there prominently positioned on the platform in support of a grand museum to display the movie set AND to tell the true story that spawned it.

Today as we clamor for another rung on the ladder, another zero on our pay stub and anther trophy in the case may we not forget that the ground that we stand on was trod by previous generations who gave us an example of a world that while not perfect, is surely navigable for those who will keep striving and showing gumption. The same gumption it takes to live thru great national upheaval….and to write a Pulitzer Prize winning novel on the first try.

Today’s photos are of the spring house that once stood on the Fitzgerald grounds. When refrigeration made it no longer an asset it became a favorite playhouse for Margaret and so years later it became known as the Margaret Mitchell Playhouse as it welcomed guests to Jonesboro as they sought to connect with Gone with the Wind. I “rescued it” a few years ago and it now rests in my back yard as I seek a place for it to again welcome those seeking to connect to the past.

Since the start of the Saving Tara Project there have been some who decried what I was doing, they … END_OF_DOCUMENT_TOKEN_TO_BE_REPLACED