I have never shied away from that question because, frankly it does defy all logic to think that Tara has been sitting in barns around Atlanta since its arrival in Georgia in 1960 and NO one has been able to put it on display. But in 1960 they did not have the internet and the opportunity to contact the world thru social media so they would have had to spend millions of dollars to reach the folks that my and blog site has reached….and millions of dollars was what each of these groups were missing.
Today I don’t have a million dollars either but I do have a large internet following that I hope thru my posts will become even larger. I also plan on posting more stories and video and hopefully very soon will have a better building to house this most iconic of all movie sets. Tomorrow morning I will be meeting folks at the gate at 9:00 AM to give them a tour of the Tara façade and so the project keeps moving forward, sometimes in leaps and sometimes in baby steps but always toward the same goal of preserving and presenting Tara. But let’s get back to the question of authenticity.
The photo today is of historian and author, Norman Shavin of Atlanta standing in the doorway of Tara on the backlot of the old Selznick lot (then owned by Desilu). Always ready to find the story, Shavin was photographed at Tara a number of times and once with Carroll Nye who played the part of Mr. Frank Kennedy in Gone with the Wind. If you look up Mr. Shavin you will find a wealth of books that he authored on GWTW, Stone Mountain Park and Underground Atlanta to name a few. The photo here of his standing near the window was used by me to correctly identify the window we presently display in the barn as the one which framed the scene with Scarlett and the Tarleton Twins. So the photo graphic proof is there all the way back to the back lot just before it left Hollywood for Atlanta.
This is all I will post on the subject this morning but over the coming days I will give you more insight into Tara’s provenance (proof of who she is) and post more photos from its time in Hollywood, its arrival in Georgia and its move from prominence in Atlanta, to a car shed in Alpharetta, to a barn in Lovejoy. But with a story like this why are more museums and sites not heralding its presentation? Why are all the Gone with the Wind experts not encouraging their fans to come and see?…I have no idea and do not want to speculate…but whether they come or not, there is no other place to see Tara than to come with me and share a few moments down in the barn in Lovejoy…for that is where Tara is located and where her story continues.
I’ll be waiting for you, up at the gate. 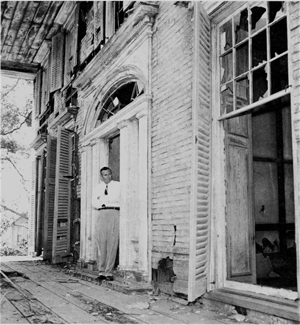 Since the start of the Saving Tara Project there have been some who decried what I was doing, they … END_OF_DOCUMENT_TOKEN_TO_BE_REPLACED